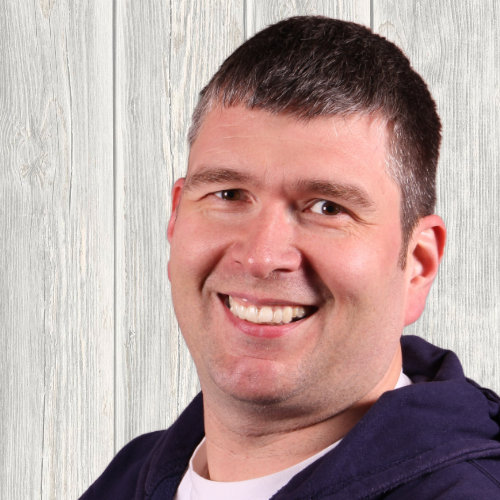 Although I've got a PhD in Physics, I build web apps for a living. I'm married to Ros and we have two daughters. We live in Leamington Spa in Warwickshire, a town about 10 miles from Coventry and about 25 miles from Birmingham, in the Midlands of the United Kingdom. I have Latvian heritage and family name

, although I still feel European

Social media and contact links are all in the footer.

I work for CreateIQ, the lawtech startup of Linklaters, the Magic Circle law firm, as a senior software developer. Our platform for drafting and executing legal contracts is used by over 100 companies, including six of the world's largest banks. My current focus is on ensuring high-quality, cross-media document rendering.

I focus on usability, readability and narrative writing to produce effective online services. With an unusual skill-mix of technical savvy, design creativity and understanding of people and business needs, I can envision, conceptualise and implement in equal measure.

For nearly 23 years at the University of Warwick, I worked on full-stack web applications, producing elegant, usable services which helped people to communicate online, as well as stints as design studio manager, and in-house information systems consultant.

Geek Mode On: These days, I'm mostly working in Scala/Play, Typescript on node.js, and React/Redux, all on Docker/k8s. I'll poke at Python or PHP when I have to. My DBMS of choice these days is PostgreSQL, but I've worked with MySQL, Oracle, and MongoDB too.

Before that, I had many years using Java, ColdFusion, Railo, Firebird/Interbase, Delphi, Fortran, BBC and Sinclair BASIC.

My platform of choice for work and play is macOS, but I regularly use both linux and Windows 10. I use Raspberry Pis for various projects at home. I was a long-time user of RISC OS, and I still occasionally run it on one of my Pis.

I've a Level 3 C&G Certificate in Photography, and passion for typography. I'm a tenor singer (G2)Bb2-C5(E6), and I'm currently Secretary of Leamington & Warwick Musical Society, leading on digital marketing. I'm a former member of the University of Warwick Chamber Choir and ex-President of their G&S Society.

I love to watch F1 and pro cycling, nostalgically play Elite Dangerous and do a bit of flight simulation in X-Plane. I don't seem to have much time for them, but I play a bit on Nintendo Switch and XBOX One.

In 1996, I founded a spare-time information design business, Pinxit Design, offering music engraving, graphic design, copywriting and editing for both print and web media. I was a regular contributing author on computer-based design and publishing for several years, notably for Acorn Publisher magazine, and Foundation Risc User CD magazine.

I used to be a physicist,
but now I'm barely current.

And that's why you'll find me online in most services, under the handle of nanoamp.

I've a PhD in Physics, from the University of Warwick. My thesis, submitted in 2000, was on ion scattering spectroscopy of III-V semiconductor surfaces. These kinds of semiconductors are used in optoelectronics, like the lasers in Blu-ray players, infrared detectors, and solar cells. All this clever tech relies on carefully manufactured crystal structures, like building layers of Lego on a nano-scale. For my doctorate, I explored how atoms arrange themselves in the top few layers of atoms on crystals of these semiconductors.

Deep inside a crystal (in the bulk), each atom is completely surrounded by other atoms. Like someone squashed in the middle of a festival crowd, each atom experiences similar forces acting from all sides. Because every atom experiences similar forces, they all behave the same way, and that's why they tend to line up to form a nearly perfect regular crystal structure, like the ball-and-stick models you probably saw in science class.

However, atoms at the surface behave differently from those deep within a crystal. At the surface, the atoms don't have forces acting from above. Without the balancing forces from atoms above them, the surface atoms naturally tend to re-organize themselves or reconstruct. They tend to lie in regular patterns on top of the surface, but usually not packed the same way as below. Imagine crowd-surfers at our festival, who all stretch out, linking hands. Understanding these reconstructions is important for nanotechnology. Controlling atomic structure is how you build on a tiny scale.

It can be hard to see individual atoms without interfering with their position. In my PhD, I used techniques which only gave an indirect picture of the surface's structure. I had to infer the structure — like trying to tell what someone looks like if you can only see their shadow. I created computer models of what I thought the surface structure might be, ran some simulations, and compared to the real experiment to see whether my models were a good fit.

These techniques require an ultra-high vacuum (UHV) of around one millionth of a millionth of the pressure in the atmosphere (give or take) to keep the surfaces free from contamination, and to avoid pesky air molecules getting in the way of measurements.

I used some well-established techniques, such as LEED and AES. But most of my work was performed using ion-scattering spectroscopy (ISS), where I fired helium ions at a surface, and measured the direction and quantity of what bounced off. I used equipment at two laboratories. One was the low energy CAICISS system (pronounced kye-siss), of the Surface Physics group in the Department of Physics at the University of Warwick. The other was the medium energy MEIS facility (yes, it's pronounced mice), formerly at Daresbury Laboratory and now sited at the University of Huddersfield. My work was funded by a studentship from the EPSRC.

The materials were prepared in vacuo using atomic hydrogen cleaning (AHC). This removes carbon contamination - organic stuff from the atmosphere like fingerprints and breath - by a combination of chemical reaction and physically knocking off the crud. The latter is called sputtering, which I always think is delightfully onomatopoeic.

Anyway, I used AHC to prepare clean, reconstructed surfaces by firing a beam of hydrogen ions at crystals of different semiconductors at different temperatures. Using ISS and LEED, I identified that by changing the cleaning conditions, I could create several distinct reconstructions. I identified some novel reconstructions, and proposed some model structures that might cause them.

I was admitted to the degree of Doctor of Philosophy in Physics, of the University of Warwick, on 12 January 2001. My doctoral thesis is available for download in PDF format (screen-resolution, 3.42M). If you read it, please let me know! Since then, I have gained the professional qualification of Chartered Scientist, and membership of the Institute of Physics. (I used to be a Chartered Physicist, but having moved away from the field, it no longer seemed appropriate) So, these days, I am formally Dr Nick Kaijaks, CSci MInstP. Yay me!

This is the eighth generation of my website since I first created a public_html directory, back in 1993/4. This section holds some old things that wouldn't otherwise have a home on the internet. More cold storage than curation these days...

For nostalgia's sake, here's a link to the original Cap'n Fishy photo of me that appeared on that first site. To put things in perspective, this was a 256 colour GIF scanned with a three-pass hand scanner, in the days before JPEGs existed(!), when Mosaic was hot, and when most people thought the 'net was something you caught fish in... indeed, those were the days of Spatula City.

VEGASmagic
VEGASmagic is a program for converting files produced by the VEGAS simulation code for medium energy ion scattering spectroscopy (MEIS) for visualisation. It was written for 32-bit Windows (95/98/ME/NT/2000) and developed as part of my doctoral work.

It extracts atomic position information from VEGAS input, output and crystal files, and writes new crystal files. It can also read and write Tripos' Alchemy and Brookhaven Data Bank format (PDB) files. The latter ability is particularly useful as it enables VEGAS models to be viewed in macromolecular visualization software, such as RasMol. Version 1.21a, (26/Mar/00)

For the record (and anyone really old-fashioned), here are some RISC OS files that still deserve a home.